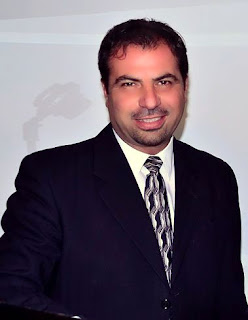 John Shahidi's poetry is known to Assyrians of San Jose. This year he is joining us for the opening of the event with his “Hal d'Ei-Man” poem. We welcome his contribution. Below is a short biography of this emerging poet.

John was born in 1966 in the city of Tehran, Iran. He studied at the Sharghe Ashoorie elementary school for five years and Behnam middle school for another three, where he learned to read and write the Assyrian language. Through his later education, John established his first business in 1989; since 1994 he has settled in San Jose, California where he established his second business.

At a young age, John had a passion for music and poetry. To this day he plays piano and writes his own poems, which are inspired by the rich history and culture of the Assyrian people. Due to all his activities, he was honored to work with one of the prestigious Assyrian poets, Rabi Misha Ashoorian, on the CD, Brona D Shemsha. This CD features poems that tell the history of the Assyrian people and was released in December 2012. John is currently working on a solo CD featuring new and original poems and music. This is the first year his poems will be featured in Mesopotamian Night.