An Analysis of William Daniel’s the Song of “Talbouta” 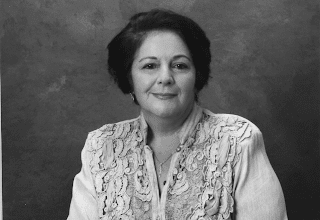 Dr. Arianne Ishaya is a cultural anthropologist and a faculty member at the De Anza College in Cupertino, California. She has published several books and many article on the history of Assyrian immigrants in northern America and other topics.

William Daniel wrote the song of ܜܠܒܘܬܐ (Talabouta) in Teheran in the year 1942-1943. This was the most productive year in the career of William Daniel as an Assyrian music composer. During this time he composed more than 20 songs some of which he published in 1944 under the title of  ܙܗܪܝܪܐ ܕܐܘܡܢܘܬܐ (Rays of Artistic Inspiration).

We can call this the year of the Assyrian musical renaissance It was made all possible because a prominent Assyrian by the name of Shidrak Aivazian, made a contract with Radio Iran for a half-hour weekly program in Assyrian. He hired William Daniel to have a 15-minute music slot in the program. William Daniel composed songs on a weekly basis and these were broadcast not only throughout , but as far as .

A unique characteristic of William Daniel was that he was not only a music composer, but also a poet. That is why there is an organic unity between the lyrics and the music in all these songs. He wrote the lyrics to his music himself and that magnified the emotional and aesthetic depth in his songs. What makes William Daniel’s songs more potent is that they are based on authentic Assyrian musical rhythms and tones. Moreover, before William Daniel most Assyrian songs were composed for ring dances such as janiman, sheikhani, etc. William Daniel wrote songs for listening pleasure.

The song of “Talabouta” is no exception; but it has the added feature of being folkloric. It tells a story depicting a time period in the Assyrian history when the traditional social customs were changing under the impact of Western influences at the turn of the twentieth century.

Under the old customs marriage was an alliance between two families rather than the marriage partners. Therefore to ask for the hand of a young woman, the bridegroom was accompanied by his parents, other elders of the family, as well as a few prominent people in the community to demonstrate that the family was well-established and of good reputation. The wedding expenses were paid by the father of the groom and even the guest list was composed by the parents rather than the bride and groom.

Moreover, marriage was not an affair of the heart; rather it was based on a commitment to maintain the honor of the family by being responsible and raising good children. That meant that the husband had to be a good provider, and the wife had to be a good homemaker, making the welfare of her husband’s larger family a priority.

But in the song we find a daring lad with no money, presenting himself alone to ask for the hand of a young maiden on the sole basis that he loves her! The dialogue that ensues between him and the girl’s parents is most entertaining and reveals other protocols in the Assyrian marriage customs that the young man cannot fulfill. These include buying expensive gifts such as “a watch made in ”, jewelry, silks and other expensive attire for the whole family.

Eventually it all ends well when it is revealed that the young lad has a rich uncle from whom he will inherit a good fortune.  A hilarious dialogue follows where the father of the bride advises the lad to mix love with chastisement in order to keep his wife submissive and well-behaved.

A fact that is rarely noted is that William Daniel was among the pioneers who brought western classical music to the Iranian public. In that sense he was a cultural broker. In these concerts the program was strictly based on pieces by Beethoven, Schubert, Rimsky-Korsakov, Strauss, Boccherini, Haydn, and other famous European composers.