A CHAT WITH FRED ELIEH 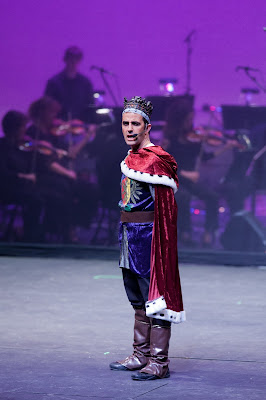 Through the years I have had the joy of discovering, for myself, a cast of exciting Assyrian composers, arrangers and musicians. The Rev. Samuel Khangaldy, George Somi, Edwin Elieh, among others, comprise a lineup of talented Assyrian artists whose works represent the richness of our arts and culture. Fred Elieh, the artistic director for the 2013 Mesopotamian Nights program, is another name added to my coveted list. I chatted with Fred about this year’s production.

Obelit: I have watched you work for the past few years and been impressed with the range of your artistic talent. Now you’re the artistic director for 2013 production. I already see a star in your credits. What is your focus for this year’s production?

Fred: For as long as I’m involved with this program, it is my goal to introduce something new to our people every year. Last year I had the good fortune of bringing to the stage the first documented Assyrian musical in history. A great portion of this was attributed to my dear and genius friend Edwin Elieh, who composed and arranged all the music. This year I wanted to re-discover the great Assyrian choir.

Obelit: You seem to have an affinity for choral music, and for the choir in general. As an artist, what draws you to this musical medium?

Fred: The choir to me is more than just a few people singing together. It’s people with different backgrounds, ideas and feelings, all becoming one and delivering a melodic message.

Obelit: In your programming you not only reflect on the past — Assyrians tend to that a lot — but you also explore the present. I think that’s an attractive trait for an artistic director.

Fred: I truly believe that while we pay honor to our legendary artists, we also have to open up the road for the more current and upcoming ones. The works of Samuel Khangaldy, George Somi and Honnibal Yousef are just to name a few. It is the works of these artists that our children will hopefully be celebrating in years to come.

Obelit: Of course, I would be remiss to neglect your flair for diversity in programming. This year’s production shouts diversity. It’s good stuff.

Fred: I want to diversify the programming. I don’t want to do it with just music, but with poetry, film and dance.

Obelit: In putting together this year’s program, what particular mood, what range of color did you have in mind?

Fred: In contrast to last year, we will be opening the show this year with a very powerful message of hope rather than compassion, which will continue to bleed into all the performances throughout the show. My hope is to stun the audience in the beginning with a very high-energy number. I want to captivate them with a 60-person Assyrian choir. I want to make them laugh with a beautiful musical. I want to have them reminisce with the beautiful songs of Biba and Shamiram.

Obelit: You’re presenting the works of a number of prominent Assyrian composers, some well known and some not as much. Why did you select these particular composers?

Fred: It is a beautiful blend of classic and modern. While there are traditional aspects to the program, there are also some modern ones, which will capture our younger audience.

Obelit:  Any musical production presents challenges for the director as well as the performer. From a La Scala opera to a Broadway musical to a school play, overcoming challenges are a part of the show. I suspect Assyrian productions are no different. How do you plan to overcome the challenges in presenting these works?

Fred: It’s amazing what a symphony orchestra can do to any piece of music. Layer that with talented singers and you have the makings of a great performance. While some of the numbers need no additional presentation, we do have some surprises for others. Choreography has always been an important component of this program and this year we are proud to have two different sets of dancers that will interpret the music for us.

Obelit:  As you reflect on the Assyrian music in this year’s production, by modern composers and by those no longer with us, what goes through your mind?

Fred: The soul that exists in Assyrian music we will be performing this year is consistent in all of our composers. There are, however, challenges with the composers that are no longer with us — to go back to your earlier question. They all left us in some cases with very little to go by. It’s truly rewarding to re-invent what is already a masterpiece while at the same time keeping the integrity of the work. Our current composers, in my opinion, are rising to the occasion of producing as good a music at those that preceded them.

The 6th Annual Mesopotamian Night concert, presented by the Assyrian Aid Society of America, is Saturday, June 15, at the California Theatre in San Jose, California.