The song will be performed by Fred Elieh and Helena Chanko and is being orchestrated by Edwin Elieh.

Fred Elieh has been instrumental for organizing the Mesopotamian Choir Ensemble in our 2009 project. This year he played a key role to organize the back up singers for Walter Aziz musical.

Born in Tehran, Iran, Fred came to the United States at the age of nine. He lived in Modesto before moving to San Jose in 1996 where he earned his Bachelors of Science degree from San Jose State University. At the same time, he immediately began involving himself in the Assyrian community. As a proud member of the San Jose-based Nineveh choir, Fred has participated in many concerts and performances in the Assyrian community. In recent years, he produced “Nineveh”, a DVD of the song he wrote and performed dedicated to raising awareness of our fellow brothers and sisters in present day Iraq. In collaboration with the Assyrian Aid Society of America, all the proceeds from the sale of the DVD were distributed to our people in need throughout our homeland.
About Helena Chanko 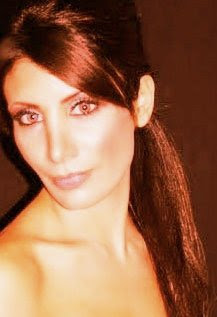 Helena Chanko was born in Sweden and moved to the United States at age 15. She started her singing career early on and began performing at the age of 14. She has a passion for for music not to mention a mesmerizing voice. Helena has participated in other musical projects all for various causes and continues to be involved with the Assyrian Aid Society.
Posted by AASA-MN at 10:10 PM