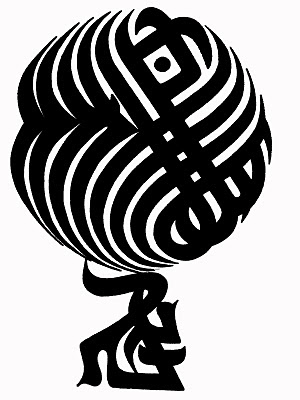 Last year the Mesopotamian Night project inaugurated the Mesopotamian Award series, given to exceptional individuals who have made lifetime contributions to the advancement of Assyrian art, literature, philanthropy, poetry, etc. The first recipient of our Mesopotamian Arts Award (Raab-Amne) was Rabi Issa Benyamin.

It is our honor to announce that this year Rabi Daniel Dawid d'beit Benyamin is joining us to receive the Raab-Sayoome Award for his tireless effort in publishing The Journal of Assyrian Academic Studies over the past two decades and for his publications on poetry, history, and other subjects.

(a translation from an article in Assyrian published at http://www.meltha.dk/Daniel-interv-Assyr.pdf). The translation to English has been provided by William Warda). 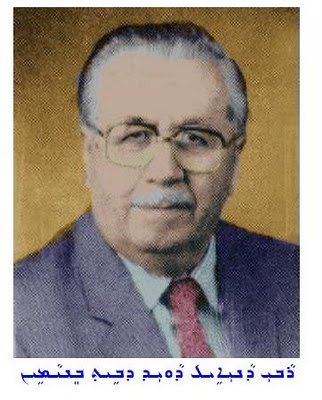 Rabi Daniel Dawid d’beit Benyamin was born on August 23, 1927 in the city of Mosul in northern Iraq. He was baptized that same year by His Beatitude Mar Avimalq Timatheus Metropolitan of Malabar and India.

Rabi Daniel was the nephew of Shamasha Givargis of Ashita, the outstanding scribe, and of Mooshi Somo.

Daniel attended the school of Qashisha Pample? (American Missionary in the city of Mosul) where his uncle Shamasha Givargis taught. He would later attend the elementary school known as al-Fallah, where Malpana Yousip d’Kelaita was the instructor of the Assyrian language and teacher of the Christian faith.

Rabi Daniel’s father, Shamasha Dawid, was proficient in the classical Assyrian language and taught him daily at home from the Holy Books and their interpretation. Thus he inculcated in him the love for this language at an early age. From his infancy, Daniel was in constant daily worship at the evening prayers of the church (which took place in a room at the house of Qashisha Yousip d’Kelaita in Mosul).

Rabi Daniel concluded his formal education in 1948. By the end of that year he was employed by the Iraq Petroleum Company in Kirkuk. During this time, he earned a Lower Cambridge Certificate of English language at the Company School.

In 1954, his father along with his uncle Shamasha Givargis established the Nineveh Press by importing Assyrian language metal fonts from India. These fonts were manufactured under the direction of Shamasha Givargis when he instructed Indian priests and deacons in that country.

At the Nineveh Press, Daniel and his father printed several books including two theological works.
Three poems written by Daniel in the classical Assyrian Language were published in Gilgamesh magazine that was printed in Tehran, Iran, between 1952 -1961 by the brothers Addai and John Alkhas. He also enrolled 25 new subscribers for the magazine.

In 1957 Rabi Daniel was sent to England by the Iraq Petroleum Company where he earned a Certificate in Stores Administration.

After returning to Iraq he married Madeleine Geeso Tooma. They had three daughters and one son.

In addition to his full time job at the Iraq Petroleum Company, Daniel assumed the sole responsibility for running the printing shop once his father became too old to work.

In 1963 the Iraq Petroleum Company in Kirkuk promoted him to the position of Administrative Coordinator. At that time an American and Dutch consortium introduced computers in the Middle East, which made it possible for Daniel to learn about this new technology.

Following his father’s death in 1967, Daniel left Iraq and began a new career in Kuwait. In his absence, his uncle Shamasha Givargis moved the Nineveh Press to Baghdad where he and his nephew Yoab (Daniel’s younger brother) published several new books.

In 1981, Daniel traveled to Australia to visit his relatives and friends. Youaw Tooma Kanna, one of his close friends urged him to develop a typewriter in the Assyrian Language. After returning to Kuwait, Daniel designed the type faces of the Assyrian alphabet and traveled to Singapore to sign a contract with the Hermis company to have such a typewriter manufactured. However, due to the emergence of computer typesetting and laser printing, the plan to build the typewriter was abandoned.

When in 1983 the first computer system capable of desktop publishing arrived in Kuwait, Daniel set out to design Assyrian fonts that could be used by computer to typeset the Assyrian script. He succeeded in writing simple computer software in 1984 capable of accomplishing this task.

Rabi Daniel and his family relocated to the U.S. in 1988. They settled in Chicago, where he spent 3 years keyboarding into computer 70 issues of the Assyrian literary Magazine, Gilgamesh. In 1992, its 1014 pages were published as a book under the title; “Gilgamesh, Maghalta Sipraita Atouraita” (Gilgamesh, the Literary Assyrian Magazine).

In 1989 Dr. Edward Odisho of Chicago who was publishing the “Journal of the Assyrian Academic Society”, asked him to serve as editor in chief of the Assyrian section of this publication. At the time only two issues of this Journal had been published -- one in 1986 and the other in 1988. The Assyrian section in these two volumes consisted primarily of reprints of writings by Shamasha Givargis of Ashita and William Daniel. Each of these two issues consisted of less than 100 pages, with only a few of them featuring the Assyrian Language, while the bulk was printed in English. The Journal at that time had less than 50 subscribers. Since then it has been published twice a year, consisting of approximately 160 pages, and it has hundreds of subscribers. The Assyrian section editorial team of the Journal consists of highly skilled and accomplished writers whose works are a matter of pride to the readers of our language.

In 1993, Rabi Daniel was instrumental in creating a set of new Assyrian font system that is compatible with the True Type Fonts standards that function in the Microsoft Windows environment and related software. One of them, named “Assyrian”, is now in the format of “Unicode” and conforms with the latest technology. The rest of the fonts, including “Strangelo” will soon be available in Unicode format. They will then be available free of charge to anyone interested.

The determination of Rabi Daniel’s father to teach him reading and writing of the Classical Assyrian Language, and the writings of his uncle Shamash Givargis, instilled in him an abiding love for the Assyrian language and literature.

Rabi Daniel presently lives in the city of Phoenix, Arizona (USA), where he continues to be active in advancing his lifelong efforts.
Posted by AASA-MN at 11:57 PM