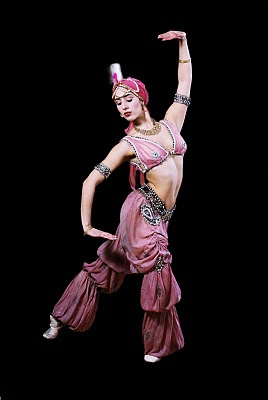 It is a pleasure to announce that the Presidio Dance Theatre, which has a wide range of Mesopotamian dance repertoire, has joined our team to help with choreographic and dance needs of MN-2010 Assyrian Musical. We will provide more detailed info later. The following is a profile of the company and its artistic director SHERENE MELANIA submitted to us by Ms. Judy George Bretschneider, founder, president and CEO of Presidio Dance Theatre.

Led by Artistic Director and Principal Choreographer, Sherene Melania, the Company of international artists annually presents Winter and Spring Seasons with an original repertoire of over 100 works. It performs for prestigious national events and has been featured internationally on television. The Company tours on the East Cost in Spring; Internationally in Summer; and Statewide in Fall. Costumes for the Company are designed and created primarily by the artists and designers of the Mariinsky Theatre Artshop (Kirov Ballet) of Saint Petersburg, Russia.

Presidio Dance Theater endeavors to preserve, enhance, and present the artistic, classical and cultural traditions of dance, music, and theater through performances imbued with international perspective and inclusiveness that acknowledges the extraordinary diversity of our community. 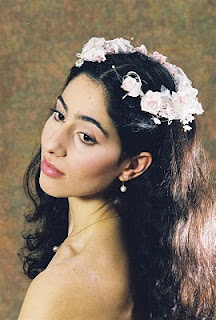 Sherene Melania is Artistic Director and Principal Choreographer of Presidio Dance Theater & The School of Presidio Dance Theater, the only performing arts facility based in a National Park, except for Wolf Trap in Virginia. She is an accomplished performing Artist, Choreographer and Dance Scholar. From Harvard University, Sherene will receive a Master of Arts degree (May 2011).  From the University of San Francisco, Sherene received a B.A. in Performing Arts and Social Justice, the Dean's Medal for Excellence in the Arts, and serves as a Performing Arts Mentor for the College of Arts and Sciences. From Russia's prestigious Saint Petersburg State Conservatory, she received a Certificate for Ballet Direction Specialty and Choreography. Since 2007, appointed by Mayor Gavin Newsom, Sherene serves on the San Francisco Arts Commission, representing the field of dance. She is the Chairman of the SF Street Artists Committee, and member of the SF Community Arts, Education, and Cultural Equity Committee, SF Arts Providers Alliance, California Arts Advocates, and International Dance Council UNESCO (The United Nations Educational, Scientific and Cultural Organization).

Sherene Melania uses her passion for dance to encourage not only an appreciation for the arts and artistic excellence, but also the value of developing "complete artists" who utilize academic and dance education, as a tool for promoting cultural awareness and understanding, leading to a deep compassion for humanity.

Trained in classical dance by San Francisco Ballet School and Kirov Academy of Ballet, Washington, DC, Sherene performed principal youth roles with both San Francisco Ballet and Kirov Ballet (on its US tour), and at 16, participated in the Prix de Lausanne international dance competition, one of twelve to represent the USA. She also studied character and international folk dance in the style of Igor Moiseyev. After spending two years in Russia as the student of Kirov Ballet Mistress, Gabriella Komleva, Sherene performed as a guest artist with ballet companies in Russia, France, Germany, Sweden, Brazil, and Switzerland.

Sherene has set pieces for dance companies at home and in Europe, and presented for the United Nations, International Red Cross, and PBS. She annually presents Winter and Spring Seasons for Presidio Dance Theatre and Junior Company. 2008-2009 live audiences exceeded 50,000 at major venues and festivals including the San Francisco War Memorial Opera House, Marin Center, Palace of Fine Arts, Herbst Theater, Davies Symphony Hall, and SF City Hall. San Francisco Weekly named Presidio Dance Theatre, "San Francisco's Best Dance Company of 2009."
Internationally, Sherene choreographed performances for the 2008 Saint Petersburg's famed White Nights Festival at the Catherine Palace; the 300th Anniversary of Tsarskoye Selo International Festival. In April 2010, under her direction, Presidio Dance Theatre Junior Company represented the USA on tour in Istanbul, Izmir, and Ankara where she was presented to the President of Turkey.  In 2012, Sherene has
been invited to present performances in Budapest, Hungary and Paris, France.

Sherene's work has been recognized by the press nationally in Dance Magazine, Dance Teacher, and internationally broadcast. In 2008, The School of Presidio Dance Theatre received an award from Nickelodeon Television for "Best Artsy Program" in the SF Bay Area and in 2009, the BEST DANCE CLASSES in the SF Bay Area Award. Sherene designed and directs DANCE OUT! a free citywide education program offered in the public schools, funded by the California Arts Council and National Endowment for the Arts, which was nominated by the Presidio Trust to receive the President's Commission for Arts & Humanities, Coming Up Taller Award.  Last year, Presidio Dance Theatre won BEST DANCE COMPANY of San Francisco by SF Weekly.

Email ThisBlogThis!Share to TwitterShare to FacebookShare to Pinterest
Labels: DANCE