By Paulus Khofri
Arranged and orchestrated by Michel Bosc 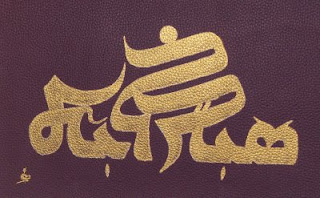 Mesopotamian Nights for 2010 continues to explore Rabi Paulus Khofri’s compositions orchestrated by the renowned French composer Michel Bosc. If you have never heard it, expect to be surprised by the sheer beauty of Assyrian music for a symphony orchestra.

Khofri (1923-2000) composed mounds of vocal and instrumental music that celebrates the Assyrian spirit. He published these works collectively in several books. Assyryt (“Assyrian Diamond”), from 1984, comprises a large collection of Assyrian folk pieces for piano solo contained in Book No. 3.

French composer Michel Bosc, commissioned by the Assyrian Aid Society to orchestrate Assyryt for the 2009 Mesopotamian Nights Gala Concert, chose 20 pieces from this collection for a suite. Assyryt Suite No. 1, containing 10 pieces, was a highlight in the 2009 concert. For the 2010 program, the evening will offer Assyryt Suite No. 2.

“Paulus Khofri writes for a large audience,” notes Bosc, “and the orchestra brings out a lot of color.” Bosc liked Assyryt the first time he heard it. “I felt as if I were traveling across the entire Assyrian culture,” he says.

The conservatory-trained Khofri lets his music to not only breathe with a purely Assyrian folk sound, but sometimes to also soar in the Western classical tradition. The result is an Assyrian sound that is magical.

When he began work on orchestrating Assyryt, Bosc explains, he heard a distinct European influence in Khofri’s music. For Bosc, the music had Mozartian inspiration with Assyrian harmonic colors and ornamentation. “You feel he was erudite,” Bosc adds. “But sometimes he takes a breath and the music becomes purely Assyrian. It’s like a wind of freedom, very surprising and delicious.”

Before starting his orchestration of Assyryt, Bosc recalls listening to a vast amount of Khofri’s music to get a sense of the composer’s orchestral style. He read the original piano score over and over again, and played it, until he felt as if he had composed the music himself. Although the music was clear, light, easy to play and intimate, Bosc explains he found orchestrating it a challenge nevertheless.

“I wanted to respect this music and never change it or add a single note,” he points out. “That was a challenge, because the original score is a miniature and could have been re-written with more voices or heavy chords before being translated into a full orchestra.”

What makes Assyryt Suite especially enticing is the French baroque sheen, notably that of Jean Philippe Rameau (1683-1764), that Bosc brushes over the Assyrian folkloric spirit of Khofri’s music. This is extraordinary and befitting the classical tone of the Mesopotamian Nights Gala.

“Just enjoy the music and be proud of this master,” Bosc advises. “This music is written for dreaming and singing.”