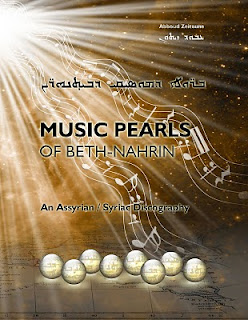 Mr. Abboud Zeitoune the sole expert on Assyrian discography recently sent us an article about Mesopotamian Night concert. We are glad our project has echoed beyond the boundaries of California and we are excited that Assyrian intellectuals and community activists are paying attention.

As I was asked to write a review about the Mesopotamian Night Concerts, I firstly tried to find something similar or the same as this way of music performance. My second thought was “are there any negative points or aspects where the arranger should recognize in the future.”
The Assyrian music scene is generally lacking high quality music performance. Mostly Assyrian music is played at dance festivals or weddings. The rare number of exceptional events could not stop this development. Although today we have at least 500 singers. I’ll discuss the quality of modern Assyrian music later in this review.

There are a small number of outstanding musical events in modern Assyrian history, which we can declare as milestones in this field. There are only some concerts which took place which are memorable to public. Such an event was the UNESCO – Concert of the years 1973/1974 in Beirut. Although the possibilities regarding recording, acoustic and music were not comparable to the current standards this concert is still alive in at least two generations.
With the emigration of Assyrians in the last decades, several organizations and centers for music have been established. While Chicago counts as the east-Assyrian music capital, Sweden became the important place for west-Assyrian music productions.

In the last 30 years there were many musical projects organized. Most of the music productions are still music albums of single artists. In the same time the number of concerts is rare. In comparison to the US in Europe more concerts were arranged. Here I can mention the following (main concerts):

I am personally pleased to recognize the larger interest of the public in such events.

I am very aware of Assyrian musical projects. I was happy as I saw the advertisement of a concert in the US. This was the trailer for the Mesopotamian Night 2008. The first thing that took my attention was the location of the planned concert. This location (http://www.galloarts.org) was something impressive. This concert hall was a good choice to guarantee a concert atmosphere. In comparison this hall is more professional than I saw here in Europe. Most concerts I attended were hold in community halls or churches. In such buildings it’s always a problem to get the best acoustic and concert atmosphere.
The Program

In both concerts classical Assyrian music was main topic in the program. For this the arranger took pieces of masters like William Daniel or Paulus Khofri. For sure this kind of music is of high quality and there is no doubt that these works are masterpieces. I am trying to find some Assyrian origins in their music. As I am a west-Assyrian, who grew up in an oriental society I feel more comfortable with church or oriental tunes. The other thing is that all these masters studied in western countries and were influenced by classical European composers. 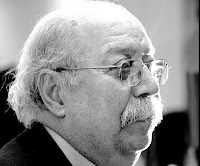 In comparison to this part I can mention the concert of Malfono Nuri Iskander, who is very known in Syria and their surroundings. In one concert in 2008 he created something new from old heritage. He shows that the roots of Arabic or oriental music have their roots in our church and so from ancient Assyria [see this clip1, or listen to this audio].

For the Mesopotamian Night series I wish that the arranger could present something similar from our ancient roots. I am not against the modernization of our music. But to develop our own Assyrian music and not to adapt other music styles. We have great pieces in the current style, but there are the Assyrian roots (beside the language) missing.

For the popular music part the choice of Ashur and Walter in MN was good. There is a lack in our music scene of concert artists. Most of our singers are Party entertainer where they can hide their mistakes behind loud keyboard machines. In a concert with a well organized orchestra it’s more difficult to make a good performance. Beside the above mentioned artists I think Linda George, Nagham Edwar Mousa or Ogin BetSamo are further artists who would be good on stage.

In general I missed the west-Assyrian part in the MN concerts. We have also great performer who could fill the stage. These singer show their talent in such events in several occasions as I mentioned above. Beside known singers like Habib Mousa, Ninib A. Lahdo or Sardanapal Asaad there are also younger talents who could take this challenge. There are also pioneers and masters in west Assyrians music like Gabriel Asaad who also deserved a tribute at one of the next concerts.

The variety of musicians and instruments impressed me too. Also the conductors were professionals who had the orchestra under their control. I am also happy to see that many of the musicians were Assyrians. In this context I remember a statement also by Nuri Iskander who was asked to arrange the first Assyrian song festival in Qamishly. He said I can’t work with wedding and party musicians. He said that these kind of performance is different than parties and asked the arranger to invest more money in this issue.

I compare also here the differences between west and east Assyrian music styles. The eastern part has three different schools in the recent past. In Iran the influence of European music imported by masters like William Daniel, Nebu Issabey or Paulus Khofri was large. In Iraq we can see two different developments. The schools of Hanna Patros or Jamil Bashir were oriental and used also instruments from the same area as Oud. The other development started in the Royal Air force station of Habbaniya. There our Assyrian people adapted the western style of music and their instruments. The oriental style and instruments dominate the west Assyrian music.

We have to consider that the whole oriental music have their roots in ancient Mesopotamia. Also mostly all instruments were known by our ancestors. I hope we could focus more in our old heritage and develop the music taking the preserved musical traditions from our churches. For most scholars there is no doubt, that ancient melodies were implemented in our church hymns. A good door to enter this treasure is the BethGazo of Saint Mor Afrem.

In the last years we have seen some good concerts which is a good sign for the development of our music. Especially the Mesopotamian Night Concerts have the potential to deliver one of the best performances of Assyrian music worldwide. The arranger should only consider the mix of eastern and western Assyrian parts and try to implement more Assyrian-oriental elements in the music. In my opinion MN concert/s were a good start to stimulate the interest of our people in listening and appreciating music of a higher standard and of different styles to what is the daily normal music of these days being presented at parties, weddings, on radios and/or TV channels.

One more important thing for the MN series is the donation for charity projects. So we can develop our culture (music) and help our needy people in Atra.

Finally we in Europe hear and see good musical development from USA. Of course the Assyrian Hollywood is Chicago with their singers but such a quality of performance was not well known until now.

I thank the AAS for this great project series and hope one day to attend one of these events.
I also thank my friends Romeo Hanna, Moneer Cherie (both from Sydney) and Hanibal Romanus (Sweden) for pre-reading this article and for their comments.

Personal request: For preserving our musical heritage I am collecting Assyrian vinyl records. It will be great if readers of this article could contact me for buying or exchanging such material. This material is needed for my next book on Assyrian music. Please contact me at Zeitoune@online.de. 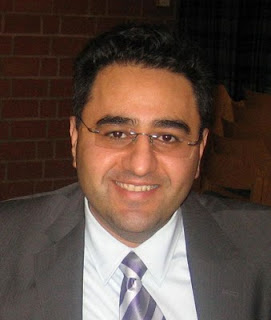 Abboud Zeitoune’s passion for the Assyrian music developed with the participation at the activities of the Assyrian Beth-Nahrin culture and sport association in Wiesbaden (Germany) and his long membership in the Assyrian Democratic Organization.

Until the year 1984 he attended the known “Taw Mim Simkat” school in Beirut. He studied the Syriac language till the 5th class (teacher at that time: Saliba Afram Nejme, now in Germany). This education was sponsored by Bishop George Saliba. Abboud participated also at some activities of the Assyrian association (“Al Jum’iya al-Thaqafiya”) there.

After his migration to Germany in 1984 he had the fortune to continue his school and was able to leave it with a degree in economics in 1996. Today Abboud works as internal Auditor for the known retailing company METRO.

From 1987 Abboud took part in regular activities, like festivals, lectures or meetings of the association in Wiesbaden. There he was responsible for several tasks (like leader of youth-, folklore- or university graduates group). Between 2000/2001 he was also elected as chairman of the whole association. Since 2008 he is again chairman of the Beth-Nahrin cultural Association in Wiesbaden

Already in 1991 Abboud Zeitoune became a member the ADO which at that time were operating in secret. Through his membership in the ADO he participated and organized supraregional activities like youth camps.

In the ADO he became responsible for German Section in 1997 – 2003. During this period he gave many lectures (e.g. at the I. “Suryoye L-Suryoye” symposium in Heidelberg). From 2003 till May 2007 he was responsible for the European mediadepartment of the ADO (especially the website ado-world.org).

In the field of journalism he worked and wrote for several newspapers and magazines:

Author of several articles in FUNOYO, the new european-assyrian magazine since end of 2005.

He has been married since 1997 to Wafa Shamoun and has three children (Tuma, Sibora and Lebaryo).

His book “Music Pearls of Beth-Nahrin – An Assyrian/Syriac Discography” is the first attempt to document and archive our modern Assyrian music.
Posted by AASA-MN at 9:32 PM

Email ThisBlogThis!Share to TwitterShare to FacebookShare to Pinterest
Labels: Letters