Thanks to hard work and dedication of Pastor Samuel Khangaldy who has been helping us tirelessly in the past eight months with the Mesopotamian Night 2009 event, the Mesopotamian Choir Ensemble is shaping up quite nicely and they are working hard to perform on August 15th at our event. Below is the profile of this choir group. 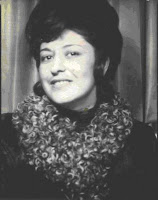 Nancy Isaac was born in Hamadan, Iran where she started her musical career. At the age of fifteen she was part of an international choir and has been in choir both in church and the Assyrian community ever since. She moved to the United States 1967 where she worked closely with Rabi William Daniel in Chicago and later with Maestro Nebu Issabey where she studied voice. She currently resides in San Jose, California.

Ramin Ekhtiar was born in Tehran, Iran in 1972. Soon thereafter, Turlock became home base when he and his family came to the United States in 1978. He earned his Bachelor of Science degree in Marketing in 1995 and his MBA in 1998. He has been singing in one production or another since early childhood at Turlock Christian School. He sang with the Reverand Freidon Esghagh from 1984 to 1988. Shortly after he joined the Nineveh choir under the direction of Nebu Issabely and has been a member since. He currently resides in San Jose, CA.
Fred Elieh, Tenor

Born in Tehran, Iran, Fred came to the United States at the age of nine. He lived in Modesto before moving to San Jose in 1996 where he earned his Bachelors of Science degree from San Jose State University. At the same time, he immediately began involving himself in the Assyrian community. As a proud member of the San Jose-based Nineveh choir, Fred has participated in many concerts and performances in the Assyrian community. In recent years, he produced “Nineveh”, a DVD of the song he wrote and performed dedicated to raising awareness of our fellow brothers and sisters in present day Iraq. In collaboration with the Assyrian Aid Society of America, all the proceeds from the sale of the DVD were distributed to our people in need throughout our homeland. 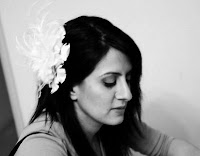 Fredrika Giv was born in Tehran, Iran but moved to Australia at the age of two. She grew up in Sydney where she earned her Bachelor of Computer Science and Master of Design Science from the University of Sydney. Fredrika is an accomplished pianist having completed her studies at the Sydney Conservatorium of Music and is recognized as an accredited piano teacher since 1998.

As a member of The Assyrian Australian Academic Society, she performed and coordinated musical pieces in Assyrian and English at various events. Her performances included singing, playing the piano and saxophone. Prior to moving to San Jose in 2008, Fredrika was involved in the Assyrian community, organizing networking and cultural events for the Assyrian youth.

John was born and raised in Ahvaz, Iran. During his time at the National University of Iran, John began his classical music career at the Rodaky Opera Hall in Tehran. He performed classical Assyrian folk music with a variety of musicians such as Lorraine Davis and Pastor Fereidon Es-Haq. In 1980, John became a member of the Serinas Quartet with whom he sang a number of international folk songs and performed many concerts. In 1985, John and his family relocated to the United States where he returned to school and received his AS degree in Electronics and Computer Technology from John F. Kennedy University. He has spent many memorable years performing with the well-known Nineveh Choir. In recent years, John continues his passion for music and people with different music ministries through church.

Born in Berlin, Germany, Ninwa came to the United States at the age of four. Since moving to the United States, Ninwa has been involved in the Assyrian Community, she currently holds the position of Treasurer for the Assyrian American Association of San Jose. Ninwa studied piano under Reverend Samuel Khangaldy and is a proud member of the San Jose-based Nineveh choir. Ninwa earned her Bachelors of Science in Commerce from Santa Clara University and currently lives and works in the Bay Area.

Peter was born and raised in the Central Valley. In 2006, he earned a Bachelors of Science degree in Political Science from California State University, Stanislaus. Peter is currently pursuing a Masters of Urban and Regional Planning at San Jose State University. He has been a steadfast supporter of the Assyrian Aid Society and is honored to be a part of this choir. He hopes that the classical Assyrian music performed at the Mesopotamian Night events will revive a sense of nationalism and pride within our community.

Ramona was born and raised in Tehran, Iran. She finished her education in Tehran as a dental hygienist. She began singing in 2003 with Assyrian choir in Tehran and began taking private voice lessons. Since 2006 she has been a member of Modesto Symphony Choir. She is looking forward to being more involved with Assyrian classical and folklore music.

Born into a musical family, Shamina took to music at a very young age. She began taking piano lessons from her uncle, Pastor Samuel Khangaldy, at age seven and with the help of her father taught herself to play the guitar at the age of thirteen. Shamina began writing her own songs soon after learning the piano and guitar. She has been involved in various musical activities throughout the years including playing the lead role in her high school’s spring musical of Beauty and the Beast and singing in her high school’s competition choir. Growing up in the church, worship through music and youth ministry have always been great passions for Shamina. Today, she plays in the worship band and is a member of the high school staff at her church, Calvary Church Los Gatos. Keeping her love of youth ministry alive, Shamina is also a student at San Jose State University where she is majoring in Liberal Studies – Preparation for Teaching with a minor in Mathematics in hopes of becoming a middle school Math teacher. 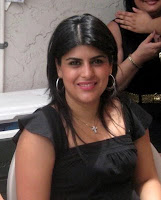 From a young age, Beneta Rameshk with selfless devotion has dedicated her talent to praising God and bringing joy to her people. At the Age of 15 she joined the Assyrian national choir in Tehran. For seven years and under the direction of Mr.Emil Malek and Aria Zand she contributed to the growth and recognition of the choir as a beacon of Assyrian talent and nationalism. 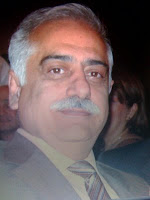 Sargon Rameshk was born in Hamadan, Iran. He has been singing for thirty-five years. He started his musical career by singing in the Assyrian Evangelical church choir. He later joined the choir of the Ambassadors of Christ and for seven years sang with the Assyrian-Iranian National Choir. In 2009 he moved to Modesto, California and is continuing his singing career.
Posted by AASA-MN at 11:59 PM