Tribute to a “selfless” Assyrian

Last year after successful completion of the Mesopotamian Night 2008, we lost one of our committed members late Susan Rasho. Susan helped us with both MN-2007 and MN-2008 projects and profoundly influenced us by her “selfless” character and her unselfish commitment to our cause.

The projects that we were involved in were tiring and sometimes stressful. But we are grateful that we got to know individuals like Susan through being part of the AAS-A team.

We will be celebrating MN-2009 project in memory of our friend Susan Rasho. She has touched our humanity in ways that will last with us forever. God bless her soul.

Here is a short biography of Susan written by her daughter Arbella. 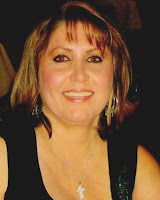 Susan Rasho, an AAS-Central Valley Chapter committee member since 2006, was born on March 25, 1956 and passed away on October 19, 2008. She was born in Baghdad, Iraq and came to the United States in 1974 to Chicago, IL. The family then moved to Modesto, CA in 1988 where they currently reside. Susan was a wife to Ashur Rasho and a mother to three children: Mark, Ramsen and Arbella. She helped in the planning of the last two AAS Mesopotamian Night events in 2007 and 2008. She was also the Treasurer of the Ladies in Diaspora group. Her creative talents were put to use in many fundraiser events to help our brothers and sisters in our homeland.

Not only was Susan a great asset to the AAS team, but she was a trustworthy friend to many. It was in her character to give useful advice and be there when someone needed a listener. Her strong Christian faith radiated through her actions and words. Susan Rasho will be missed and forever remembered.
Posted by AASA-MN at 11:45 PM

Email ThisBlogThis!Share to TwitterShare to FacebookShare to Pinterest
Labels: Biography