Here is a few lines describing the dedicated members of the AAS-A Central Valley Chapter and the Mesopotamian Night project.

Elki was born in Modesto, California. She earned her degree in Political Science from California State University, Stanislaus where she currently works as an Administrative Coordinator. She resides in Modesto with her husband George and children Andrew and Arbella. A fervent supporter of AAS, Elki is currently the VP of the Central Valley Chapter of AAS-A. 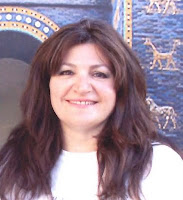 Rita was born in Dora, Iraq. She moved to U.S.A in 1975.
Rita has an associate degree in accounting and business from Truman College, Chicago, Illinois. She has worked in banking system for over 25 years has has a California real estate license.

Rita has been a volunteer for the Assyrian Aid Society of America Central Valley Chapter since September 2006. She has also served as vice president of the United Assyrian Chaldean Woman Union in Diaspora for two years. Rita is married to Albert Mulhim and has three children Rosemary, Ramson and Ryan.

“I will continue my work by helping my people in ATRA. My dream is to see our national rights to be recognized in Iraq, our ancestral homeland.”

Tony was born in Urmi, Iran. He finished his high school in Urmi. He earned an Electrical Engineering degree from Tabriz University in 1987 and then moved to Tehran. In Tehran he earned a Masters degree in Electrical Engineering and completed his Ph. D. course works in Biomedical Engineering. In 1991 he moved to US and joined Northwestern University in Evanston to complete his Ph. D. degree. However he later settled for a Masters degree in biomedical engineering from Northwestern in 1995 and joined the workforce as a software engineer. Since then he has worked in various medical and telecommunication industries as a senior software engineer. Currently he works for a startup telecommunication company in Bay area California while he lives in Modesto with his wife Nahrin and three daughters Ayla, Edena, and Elona.

Tony has worked and contributed to various Assyrian organizations. In Urmi during 1980s he was one of the founders of Nissan Cultural and Art Association. He was also a member of Urmi branch of editorial board of Ishtar bi-weekly. When he was in Tabriz, along with other Assyrian students he helped revive the Assyrian Youth Center of Tabriz which published a newsletter and performed nationalistic performances. In Tehran while a graduate student he joined the Assyrian Youth National and Cultural Association and for several years served as member of its central committee. In Chicago, for several years he has served as a member of board of directors of the Assyrian Academic Society. In the past three years he has served as the president of the AAS-A Central Valley Chapter. 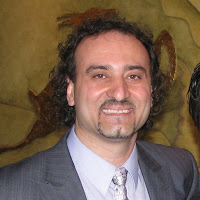 Sargon was born in Dora , Iraq , but his father moved the family to Kuwait in 1975 to seek employment opportunities. After graduating from high school Sargon moved to the U.S. in 1987 to join his uncle and lived with him in Sunnyvale , CA. The rest of Sargon’s family joined him four years later and settled in San Jose , CA. Sargon received his Associate degree in business from De Anza College in Cupertino , CA and pursued his education at San Jose State University for a Bachelor degree in Accounting. Later he switched to University of Phoenix and graduated in 1999. He’s worked as an accountant since 1993 and currently he holds the position of vice president of finance for a manufacturing company in Livermore , CA . In late 90’s, he joined the Assyrian Aid Society- San Jose chapter by serving as their Treasurer. Working along side great individuals such as Ashur Yoseph, Youkie Khaninia , Fred Aprim, Fouad Sada, Neil Karaman , Sam Kasim and others made Sargon realize the passion of helping our people. In 2001, Sargon married his lovely wife Rita and moved to Modesto , CA . They now are blessed with two daughters Bretele and Edessa. After few years away to take care of his new family, Sargon has decided to join the AAS-Central Valley chapter as their Treasurer.

“I passionately admire and support the Assyrian Aid Society for all their great accomplishments to our nation. I’m hoping that I could bring my passion and energy to this honorable organization and contribute in any way possible.” 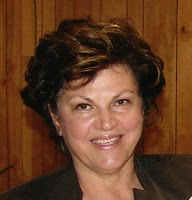 Mrs. Bata Sada-Younan was born in Barwar, Iraq and spent her childhood in Basrah. She received her Bachelors degree from University of Basrah in Geography. After teaching high school for seven years she immigrated to Canada in 1980.

Her family relocated to Modesto, CA to be closer to the Assyrian community. Bata started working with AAS in 1992. She was among the pioneers who greatly contributed to the foundation of the AAS-Central Valley Chapter.

She is a believer that knowledge is power and that the only way to maintain our culture, language and history is through continued education of our young people. She is a passionate supporter of the AAS because of the support it lends the Assyrian schools in Northern Iraq. She is married to Andreous Younan and has three daughters, Vian, Marian, and Suzan.

"I'm devoted to AAS because of our hard work in maintaining our roots in our homeland. I have been involved with AAS long enough to see our dreams of having Assyrian language schools come to fruition. It is a pleasure to see those young students who have started out in elementary school and who now have gone on to graduate from college." 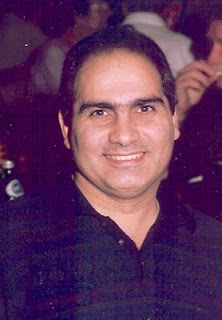 Fred Isaac was born in Baghdad, Iraq in 1960 and immigrated to the United States with his family in 1977. He joined the work force at the age of 18 while attending school and received AS degree in Graphic Arts in 1981. He established Artistic Printing Inc. in Modesto, California, in March, 1981.

Fred has actively served in many charity organizations. He is a member of Rotary International (Modesto East Club) since 1990 and has served as a its president (2006-2007) and two terms as International Director. He has served as a president for AAS-A Central Valley Chapter, vice president of the Board of Directors (1999-2000) of St. George Assyrian Church of the East, president (1990) of St. Zaia Youth Group, and vice President (1980) of the Assyrian Student Association at Modesto Junior College.

Fred is married to Romella since 1985 and has one son Elbroun.

"I first got involved with the AAS-A (Central Valley Chapter) in 1999, It has been an honor to be part of such organization and serve along side so many honorable and dedicated individuals, in my opinion AAS-A is the most reputable and trustworthy organization with great track record in helping our people in need and with humanitarian projects."

Email ThisBlogThis!Share to TwitterShare to FacebookShare to Pinterest
Labels: Biography