The Artistic Consultant For Mesopotamian Night 2010 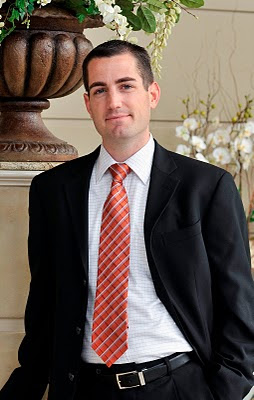 It is a pleasure to inform our audience that this year Matthew Buckman the executive director of Townsend Opera joins us as our artistic consultant and stage manager. Matthew has been instrumental to guide us in right direction during this year's extensive production. He guided us to start branding our own orchestra name (The Mesopotamia Symphony Orchestra) and also gave us good guidance to reduce overall production costs.

Below is a brief summary of his out standing achievements.

Matthew Buckman became the first Executive Director of Townsend Opera on February 1, 2008 at the age of twenty-six, and has since led a major effort to make Townsend Opera a sustainable and thriving company during the illness and after the passing of its founding general director of twenty-five years.  Mr. Buckman came to Townsend Opera from the Modesto Symphony Orchestra, where he served as Director of Development. During his tenure as Director of Development, Mr. Buckman restructured the development department, bringing new philosophies and programs that established a more accessible, donor-centered corporate sponsorship program, increased opportunities for donor engagement, developing and implementing new programs for solicitations, more systematic solicitation of potential donors, and increased planning capabilities. Prior to his appointment as Director of Development, Mr. Buckman served as Operations Manager and Development Assistant for the MSO, and Orchestra Manager for the Modesto Symphony Youth Orchestra.

Under his leadership, Townsend Opera has developed its first long-term strategic plan, undergone a major staff reorganization, engaged a principal conductor, a technical director, and a costumer, and successfully recruited a new artistic director. Mr. Buckman has initiated and developed groundbreaking partnerships with the CSU Stanislaus Department of Music, Modesto Junior College, and San Francisco Opera that have led to new heights of artistic excellence, and has developed partnerships with health and human services organizations to expand the impact of the company in the community. The education and outreach programs have been repositioned and expanded to better fill gaps in the public education system, and individual contributed income has increased by nearly 60 percent.

Mr. Buckman was born and raised in Fresno, California, where he studied architecture and music in high school. He pursued music in college, finishing his studies in Instrumental Performance at CSU Stanislaus in 2005. While in college, he served in elected and administrative roles in student government, giving him a strong foundation in governance, and also worked in recruitment for the Department of Music. Mr. Buckman played soccer at the collegiate level for four years, and it continues to be his primary hobby.
Posted by AASA-MN at 5:34 PM