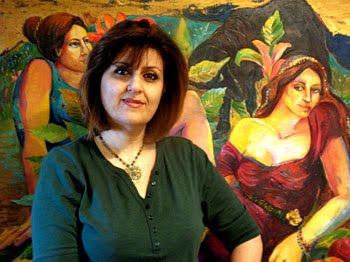 The art auction part of the Mesopotamian Night event has been a fascinating success. Thanks to our dedicated artists we have been able to raise significant funds only from art auction. This year Odette Tomik for the first time is participating in our art auction. She has donated the following pieces to Mesopotamian Night project. If you would like to bid on these works early on please email us at aasacvcc@gmail.com. 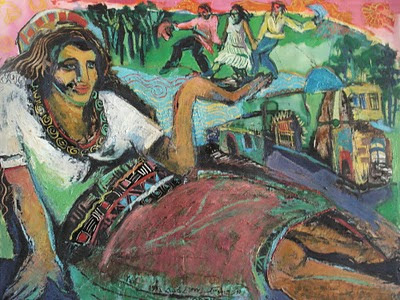 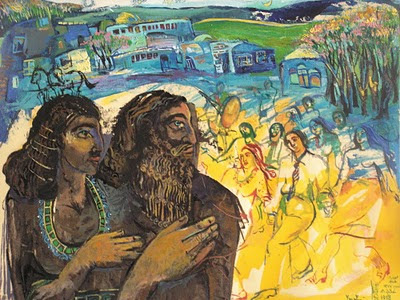 Below Odette tell us about herself:

My name is Odette Tomik. I was born in Tehran, Iran in 1964 in a Christian Assyrian family. Since my childhood, I was interested in painting that became my daily concern. I was only nine years old when I lost my father. His loss changed the course of our future life, my mother and my only brother. As time passed my brother and I were attracted to arts. I continued painting and he became a professor in playing classic guitar in Iran. I was only fifteen years old when the Islamic revolution took place. It took a few years for things to calm down.

Then in 1985 I was accepted in Al-Zahra University of Tehran in the field of painting. This institution is one of the rare universities designed to train only women. Distinguished professors such as Irandokht Mohases, Bahman Broujenie and Jaghoub Amamepich were among my professors. In 1991 I was graduated with a B.A degree.

Later I came in contact with the famous Assyrian Iranian painter, Hannibal Alkhas who advised me in the method and subjects of painting. His teaching has been of great value in my future accomplishment. He showed me the gate of ancient world. Then I started working on subjects related to Assyrians life, figures and mythology, and a collection of paintings on the subject of "Immigration". All those paintings were displayed in several exhibitions and biennials. In 2000 I immigrated to United States and I had an exhibition named “ Assyrian dance” in Los Angles in 2001.


My artistic accomplishment can be summarized as follows:

Taught drawing at the University of Al-Zahra and Assyrian Society of Tehran.

Private teaching in drawing and painting.
Posted by AASA-MN at 10:09 PM