Under the artistic direction of Shehabi-Yaghmai who will also be singing in "Widow" role in Qateeni Opera the following opera singers will perform in MN-2009 concert. For more information about Ms. Shehabi visit the link below in this web site:

Artistic Director of Opera for MN-2009

John Bischoff will sing in "Malik Tooma" role in the opera Qateeni. He says "I'm very much looking forward to being part of this project". 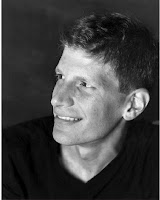 John Bischoff, bass, sings frequently with opera companies and choral groups throughout California. His roles have included Daland in Der fliegende Holländer with West Bay Opera, Zuniga in Carmen and Bartolo in Le Nozze di Figaro both with Pacific Repertory Opera, Snug in A Midsummer Night’s Dream with Festival Opera, and the Sacristan in Tosca and Friar Lawrence in Romeo and Juliet both with Berkeley Opera. This season John returns to Berkeley Opera to sing the role of William Jennings Bryan in The Ballad of Baby Doe. He also has sung comprimario roles with companies in Sarasota, Des Moines, and Dayton, and was an Apprentice at the Santa Fe Opera. As a concert soloist, John recently appeared in Bach’s Magnificat and Mass in G Major with the Sacramento Choral Society and in Haydn’s Creation at California State University in Chico. John was privileged to sing with the acclaimed choral ensemble Chanticleer for three years and continues to perform with numerous professional choral groups in the Bay Area.

A New Jersey native, John received a Master’s degree in voice at the Manhattan School of Music and graduated with honors from Princeton University with a Bachelor’s degree in English and American Studies. Before devoting himself to a performing career in music, John taught English in Guangzhou, China, and worked as a journalist for Minnesota Public Radio in St. Paul, producing programs for regional and national broadcast and using his voice in a different capacity - as newscaster, reporter and host.

Shawnette Sulker will sing in "Stranger" role in the opera Qateeni. She says "I am very excited to embark on this project ". 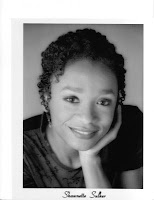 Mathew Edwardsen will sing in "Qateeni" role in the opera Qateeni. He will also sing in "Enkidu" role for a scene from our work in progress opera Gilgamesh. He is also "Looking forward to working on this project". 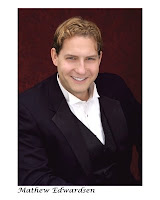 Mathew just performed the role of Pinkerton in May with West Bay Opera for Madama Butterfly and will go next to Opera Fairbanks’ production of Tosca with Met artist Cynthia Lawrence. He has already performed other leading roles such as Rodolfo in La Bohème, Don José from Carmen, Roméo from Gounod’s Roméo et Juliette, and Nemorino from L’elisir d’amore. Other roles include the world premiere of Frank LaTalle in the new opera The Tree, Lysander in A Midsummer Night’s Dream, Tom Rakewell in The Rake’s Progress, Nanki-Poo in The Mikado. He was twice a finalist in the Irene Dalis Vocal Competition, a past district award winner of the Metropolitan Opera National Council Auditions and twice a top placing singer at the Palm Springs Opera Guild competition. Mathew has also completed both the Apprentice Artist program of Santa Fe Opera and the Gerdine Young Artist Program of Opera Theatre of St. Louis. Upcoming shows include Turiddu in Cavalleria Rusticana with Livermore Opera and Frederick in Pirates of Penzance with Opera Santa Barbara. You can keep up with Mathew on his website:
www.mathewedwardsen.com.

Torlef Alika Borsting, Baritone
Torlef Borsting will sing in "Giliana" role in the opera Qateeni. He will also sing in "Gilgamesh" role in a scene from our work in progress opera Gilgamesh. 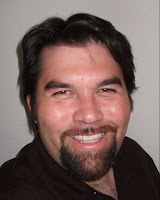 Known for his heroic color and physical stage presence, Hawaiian baritone Torlef Alika Borsting has been making quite an impact all over the San Francisco bay area.

Torlef’s 2008 - 2009 season began as Baritone soloist in Hadyn’s Mass in Time of War with the Oakland Symphony Chorus and Oakland Youth Symphony, and Sharpless in his debut with Pacific Repertory Opera in San Luis Obispo, California. He then has accepted an invitation to participate in a Master Class with world famous soprano Evelyn Lear in May and continues with a new role, Horace Tabor in the Ballad of Baby Doe, with Berkeley Opera in July.

Mr. Borsting’s 2007-2008 season included his creation of Wilmer McLean in the world premiere of Appomattox by Philip Glass at San Francisco Opera. He then portrayed Sgt.
Belcore (Elixir of Love) with Berkeley Opera, made his debut as Prince Yamadori
(Madama Butterfly) with Martinez Opera, Sharpless with Capitol Opera in Davis, California, then as Henry (The Gift of the Magi) and Melchior (Amahl and the Night Visitors) with Trinity Lyric Opera.

The 2006-2007 complete season included Mr. Borsting’s debut with San Francisco Opera as a Soldier in The Maid of Orleans, his debut with Berkeley Opera as Jack Rance (La Fanciulla del West), as Streshniev in Khovanshchina with Kent Nagano, a concert production of Kurt Weill’s Seven Deadly Sins with Symphony Parnassus in San Francisco, Prince Yeletsky in the Queen of Spades with West Bay Opera, and the roles of the Captain and Zaretsky in North Bay Opera’s production of Eugene Onegin.