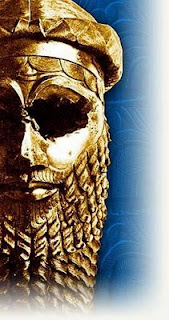 In addition to Assyryt and the opera Qateeni, the Mesopotamian Night 2009 will present an overture from "The Gilgamesh Oratorio" a work under progress by Pastor Samuel Khangaldy. The following is a description of this project in his own words.


Inspired by the cultural and arts initiatives of the AAS-A Central Valley Chapter and the Mesopotamian Night concert of 2008, I decided to create a composition on the Epic of Gilgamesh. The Epic of Gilgamesh is the first epic ever written, about 2700 B.C., a millennium before Homer’s Iliad, and has a special place in the literature of the human history. This epic is written on twelve tablets in poetry form, about 300 lines on each. Several copies of Gilgamesh are found in Sumerian, Akkadian and Babylonian languages. The tablets that have the most significance are those written in cuneiform and found in the Assyrian King, Ashourbanipal’s library. The story of Gilgamesh, the king of Uruk, talks about pride, love, hate, battle, forgiveness, and search for the life after death. It has been translated in many languages and some American and European composers have written music on this epic. Most of these compositions contain only parts of the epic and not the epic in its entirety.

The oratorio will have fifteen parts, covering the complete story of Gilgamesh, for symphony orchestra, piano, choir and soloists. The lyrics will be in both Assyrian Aramaic and English. Assyrian lyrics are adopted to keep the genuineness and the spirit of the story, while its English translation will attract those outside Assyrian communities and will make it understandable for non-Assyrian speaking audience.

Pastor Samuel Khangaldy was born in Tehran, Iran into an Assyrian family. After graduating from National University of Iran with a degree in Economics, he worked many years for Iran Aircraft Industries, a company under Ministry of Defense. Like the majority of Assyrians who immigrated to other countries after the Islamic revolution, Samuel and his family moved to the United States in 1984 and settled in San Jose, California. Samuel attended San Jose Christian College (now William Jessup University) and graduated with a degree in Theology and received his ordination as the Minister of the Word in 1996.

Samuel started his first music lesson when he was eight years old. He played accordion for three years but because of his great passion for his dream instrument, he switched to piano and received his trainings in classical music. His compositions were performed by Tehran Symphony Orchestra, and National Iranian Radio and Television Orchestra. He has directed choirs in different churches, schools and for the Shah of Iran. His music archive includes several classical pieces, piano solos, military marches, Assyrian folk dances, and numerous Gospel music and lyrics written in two languages, Assyrian and Farsi. As a pastor and a musician he is well known among the Assyrian and Persian communities in different countries in general and in San Jose and the Bay Area and Southern California in particular.

Pastor Samuel has been teaching and training piano students for about four decades, some to an advance level that have become piano teachers. We should add calligraphy and oil painting to Pastor Samuel’s artistic profile.
Posted by AASA-MN at 3:00 PM