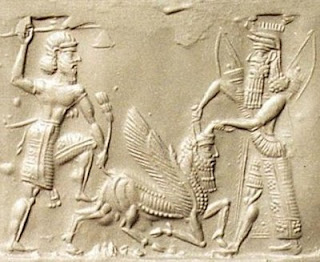 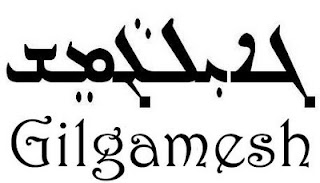 The Gilgamesh Assyrian opera is a work in progress that was initiated by the Assyrian Aid Society Central Valley Chapter two years ago and was commissioned to John Craton. This opera is the first to be composed in modern Syriac (Assyrian Aramaic). The work to date consists of the overture and scenes comprising Tablets 6 and 7 of the original epic (the “Bull of Heaven Scene” from Tablet 6, and the “Death of Enkidu” and “Lament of Gilgamesh” from Tablet 7). The libretto is adapted from the poetic interpretation of the ancient text by Addai Alkhas and transliterated by Abraham Giliana. It is designed to be a chamber opera of approximately 70 minutes in length when completed. The overture and Bull of Heaven Scene were presented in performance on 23 August 2008 in Modesto, California, in the Mesopotamian Night 2008 concert by the Townsend Opera Players.

The “Death of Enkidu” and “Lament of Gilgamesh” scenes from Tablet 7 will be performed at the Mesopotamian Night 2009 concert in Modesto, CA.

Born in Anniston, Alabama, John Craton hails from an extended family of musicians, including both professionals and amateurs. His own career began on the violin at age ten, and he began studying piano at fourteen. He made his first feeble attempts at composing at age eleven. He studied violin under the late concert violinist Robert Louis Barron and John Maltese; piano under Louis Culver and Ouida Susie Francis; and music theory and composition under Gerald Moore and Henry Fusner. He received his B.A. from Lipscomb University in Nashville, Tennessee, and his M.A. from Indiana University, Bloomington, and has taught in Alabama, Tennessee, and Indiana. He currently teaches violin and piano in a private studio in Bedford.


Craton’s music has been performed by such artists and ensembles as Sebastiaan de Grebber, Gertrud Weyhofen, Ljubomir Velickovic, Townsend Opera Players, Het Consort, Het Orkest van het Oosten, and the Amsterdam Symphony Orchestra. His works include a number of compositions for chamber ensembles ranging from violin to marimba and piano; six operas (Inanna: An Opera of Ancient Sumer, based on ancient Sumerian texts; The Curious Affair of the Count of Monte Blotto, a comic chamber opera; Vasya Whitefeet, a children’s opera; The Parliament of Fowls, a one-act chamber opera based on the poem by Geoffrey Chaucer; and The Reconciliation and The Fashionable Lady, both reconstructions of early American operas); orchestral works such as Pagan Festivals for string orchestra, Beowulf, four mandolin concertos and a double concerto for two mandolins and orchestra, a concerto for tuba and orchestra, and a setting of Mongolian folk songs for viola and orchestra; and vocal compositions including The Love Song of J. Alfred Prufrock for tenor and strings and several song cycles. A number of his works are currently available in print from Wolfhead Music.

La Boîte à musique was composed specifically for the dancers of Kat’s Performing Arts Studio in Bedford and is dedicated to Kathy Thompson. Other upcoming performances of Craton’s works include: the Piano Sonata No. 2 in B Major with Barbara Gallagher, piano, in Wilmington, North Carolina; excerpts from the opera Gilgamesh, in Modesto, California; and Danseries anciennes with Het Consort conducted by Alex Timmerman in Bancigny, France. More information is available at Craton’s website at www.craton.net.
Posted by AASA-MN at 9:34 PM