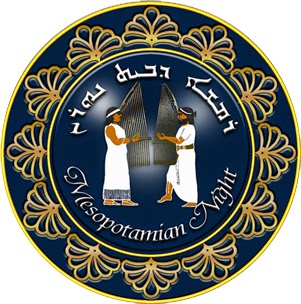 8 April 2014 – San Francisco, CA: The Assyrian Aid Society of America present the Seventh Annual Mesopotamian Night (www.mesopotamiannight.org) event at Saturday, June 21 at the California Theatre in San Jose, California.  In the Mesopotamian Night gala tradition, the evening begins at 5pm with a reception featuring fine wine and hors d’oeuvres followed by Assyrian-themed performances starting at 7pm.  Throughout the evening, a silent and live auction will offer an impressive gallery of art works by Assyrian artists. Considered the premiere fundraising event of the Assyrian Aid Society of America, this event has also become the primary medium for advancing and promoting Assyrian arts and culture including music, sculpture, painting and dance.

“The previous six programs have raised over $350,000 to fund Assyrian education, humanitarian and refugee relief efforts throughout the Middle East,” said the event’s Executive Producer, Tony Khoshaba.  “With your support, we would like to continue this worthy endeavor.”

This year’s performance program is comprised of two acts.  Act One is a ballet theatre presentation of  The Little Lantern based on the popular children's book written by Ghassan Kanafani. The libretto and exquisite choreography is created by Assyrian ballerina Sherene Melania with enchanting musical composition and arrangement by Assyrian composer George Somi.  Melania, a member of the San Francisco Arts Commission, is also the Artistic Director of the internationally-acclaimed Presidio Dance Theatre.  Act Two features music from the repertoire of Assyrian composer Alexander Shoora Michaelian performed by the Mesopotamia choir and symphony orchestra conducted by Maestro John Kendall Bailey, followed by the music of Assyrian singer Ogin Betsamo.


Tickets for this year’s event can be purchased directly at the theatre box office or Mesopotamian Night or online at:  http://www.mesopotamian-night.org/p/tickets.html.  Tickets may also be purchased directly, without a service fee, by contacting Sabrina Abraham at (408) 921-2401 or sabrinaabraham@mac.com.
Posted by AASA-MN at 3:18 PM