The Assyrian Musical Project: A New Concept for Mesopotamian Night 2010 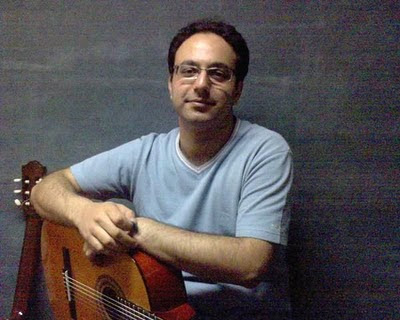 Edwin Elieh is an Assyrian musician from Urmia-Iran. He holds a bachelor’s degree in Music from Azad University of Tehran and currently is studying Film Scoring at UCLA. His composition style ranges from Classical orchestra to instrumental Rock and Pop music. Edwin writes in different genres of music and combines them to create a unique sound. He has been teaching Music and Guitar for over 12 years as well as singing and performing in numerous events.

Edwin in his own words describes this challenge as follow:

"Assyrian musical is a performance of Walter Aziz songs’ along with stage acting and dances. The arrangement and orchestration of the songs are based on dramatic and emotional message of each song’s story. Popular music uses lot’s of elements like repeating rhythm or chord progression that can be found in Minimalistic music. The challenge was the coloring most of the emotions that story is presenting along with maintaining the originality of the tune and rhythm pulse. Classical orchestra is a powerful tool assigned for this performance which will bring the life to each moment of the song."
Posted by AASA-MN at 11:16 PM