The Tears of William Daniel 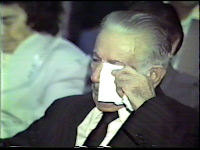 Recently Professor Edward Odisho sent us a video recorded in Chicago at Loyola University in 1986. This was an event held by Assyrian Academic Society in Honor of Rabi William Daniel. What was striking in this video was the "Tears of William Daniel" while he listens to recital of Qateeni poems in their original form in Tyari Assyrian dialect by Dr. Odisho. We think watching William Daniel crying in this video is a life changing experience for those of us who have passion for our culture and are determined to preserve and expand the Assyrian cultural heritage.

Dr. Odisho in his email to us writes:

"I should say that you are doing a fascinating and creative service which I admire ... I want your activities to be superbly successful because they are original and more or less unprecedented"

We will post the video on the web later but for now we want to leave you with a few photos of William Daniel as we get closer to see Qateeni performed for the first time as an opera. 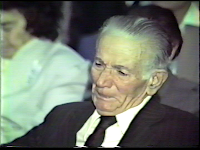 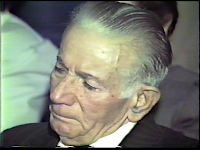 Email ThisBlogThis!Share to TwitterShare to FacebookShare to Pinterest
Labels: QATEENI