"Dr. Eden Naby has been supporting and sponsoring the Mesopotamian Night project since its inception in 2007. The Mesopotamian Night project received $17,000 grant from Naby Frye Assyrian Fund for Culture for MN2012 project and without this grant the creation and production of Malek Rama: The Handsome Prince musical would not have been possible. For our 2013 project, Naby Frye Assyrian Fund for Culture has granted us a $10,000 grant. We wholeheartedly appreciate these generous contributions. We are hoping to attract more sponsors and supporters like her so we can continue to expand this important cultural and arts project." 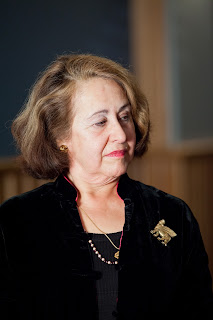 Taking the lead in promoting Assyrian music for art and entertainment, Mesopotamian Night, under the energetic persistence of Tony Khoshaba is revving up to bring us the 2013 event that more and more people across the United States and Canada are awaiting. Keep June 15 on your calendar, bring family and friends, and let us make this annual event to gather family from the far corners of our diaspora.

But as much as I admire Tony’s efforts and the enormous coordination it takes in time and devotion from a family man with teenage children (and a patient and supportive wife) to do this work, I am as grateful for the Assyrians up and down the California coast who work cooperatively to promote this one night event.  With all the effort, it should certainly run for a week. And it should travel to other locations like Phoenix, Chicago, LA and Detroit to inspire all of us, in all corners of our North American diaspora as we mourn the loss of homeland, devoted parents who brought us up Assyrian, and the dispersion caused, ultimately, by genocide and the prejudices of our neighbors.

Now as we head to the end of another tax year, it is time to remind ourselves of the importance of retaining our culture, in all its diverse branches: history, music, art, poetry, performance. Our financial support can be demonstrated to this Mesopotamian Night effort by our presence at the event, by purchase of the DVDs and CDs of the music (not nearly as vivid as watching a cast of dozens perform Malik Rama Lakhuma last February 18 in San Jose), and through outright donations.

I urge you to join our tiny Naby Frye Assyrian Fund for Culture in sending your $1000 and up donations to this tax-exempt organization, the Assyrian Aid Society, specifying use for Mesopotamian Night.  Maybe if enough of us donate, we can persuade the AAS to forgo that interminable auction intermission.
And if the AAS, and that lovable man who makes even these auctions bearable, can pledge specific amounts to the promotion of culture on the Nineveh Plain, so much the better.
Eden Naby 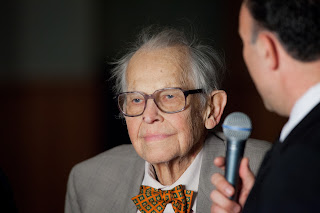 Professor Richard Frye at the Mesopotamian Night 2012 event in Mountain View California -
We are so grateful for his participation and support. Thank you Malpana!